“…without a doubt we sometimes eclipse our own dreams with reality.”

-Patti Smith from The M Train

Last week I finished Production Design/Set Decorating a movie for the “Make A Film Foundation” that was co-written by a 16-year-old boy, Anthony Conti, with stage 4 adrenal cancer.  Answering an email from Bettina Fisher, The Director of Educational Initiatives for the Academy of Motion Picture Arts and Sciences, I thought I could help put together a little something for a small weekend production. The small idea quickly mushroomed into a large one when three famed Directors volunteered their time. Theodore Melfi directed the first Friday at a house in Sherman Oaks. Sam Raimi offered to come on board but was not available until the following weekend. Once it became clear that the weekend location could not accommodate all the locations written in the script, Catherine Hardwicke returned to film an additional segment on the following Friday. 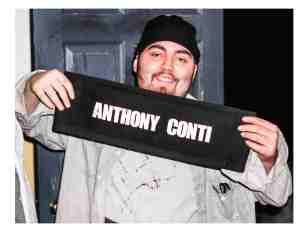 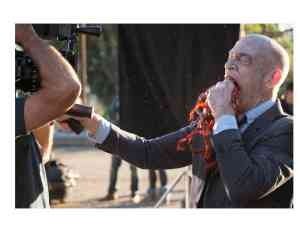 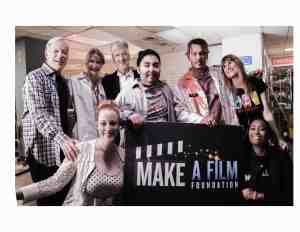 Tamika Lamison is the miracle maker behind the “Make A Film Foundation.” (http://www.makeafilmfoundation.org) If you have ever doubted that a small group of people can change the world, you need to work with Tamika. In one email and phone call she inspired me to pull from my 30 years of resources to make things happen quickly. And she did it with everybody involved in this project. The casting director and glamorous actress, Adele Jones, was on the email chain informing us that in addition to JK Simmons, (who had already participated in filming a segment) Johnny Depp, Laura Dern, David Lynch, Richard Chamberlain, Chad Coleman, Penelope Ann Miller and so many others were also starring alongside Anthony in this movie. 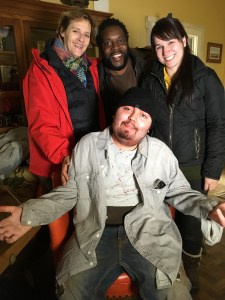 Anthony’s wish manifested in a Zombie movie. (I will publish the large list of the altruistic cast and crew on a future blog when the film is edited and “released”.) It was complete with special effects make up and hair and enough blood to spew across a 16 year olds wildest horror filled dreams. This all took place in the 10 days that surrounded the contemptuous presidential election. There were days when Anthony had trouble standing up. There were days when he was in pain.   Still he showed up and took his place and his direction in front of the camera.

Regardless of the outcome of the electoral collage, we were a group of professionals from all ages, religions, races, and socio economic backgrounds furiously working towards a common cause, for free. And it all came together because of the courage of a 16 year old that, despite the odds, persevered. 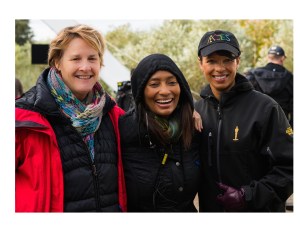 Me, Tamika, and Bettina 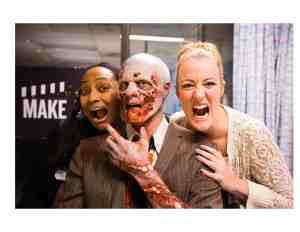 A huge shout out of thanks goes to Robert Greenfield and his team from the Warner Bros Property Department as well as KC Fox, Craig Pittman, Art Department Coordinator Julia Ryan, and the set dressing crew from “Criminal Minds” who generously opened up their “prop house” to us.   Claire White from AFI Art Directed and helped round up some fellow students to work with us and Andrew Adams from Local 44 jumped in with some Union Brothers and Sisters to Lead this crazy crew. Michael Diersing, Local 44 President, lent his construction support. Alfonso’s breakaway glass donated all of the candy glass and ICommunications gave us the zombie posters to decorate “Jacob’s” room.  The list of volunteers is long and again, will be published here when the film is complete. I share my heartfelt thanks and appreciation with all of you.